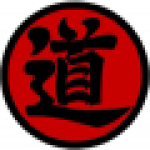 Aikido of Pittsburgh (AOP) was founded in Pittsburgh in 1970 and classes were held in various locations during the early years. AOP established the Etna dojo in 1993. Aikido of Pittsburgh is an independent, unaffiliated martial arts school offering classes in traditional Aikido, and welcomes all who desire to train in Aikido in a dynamic and non-aggressive environment.